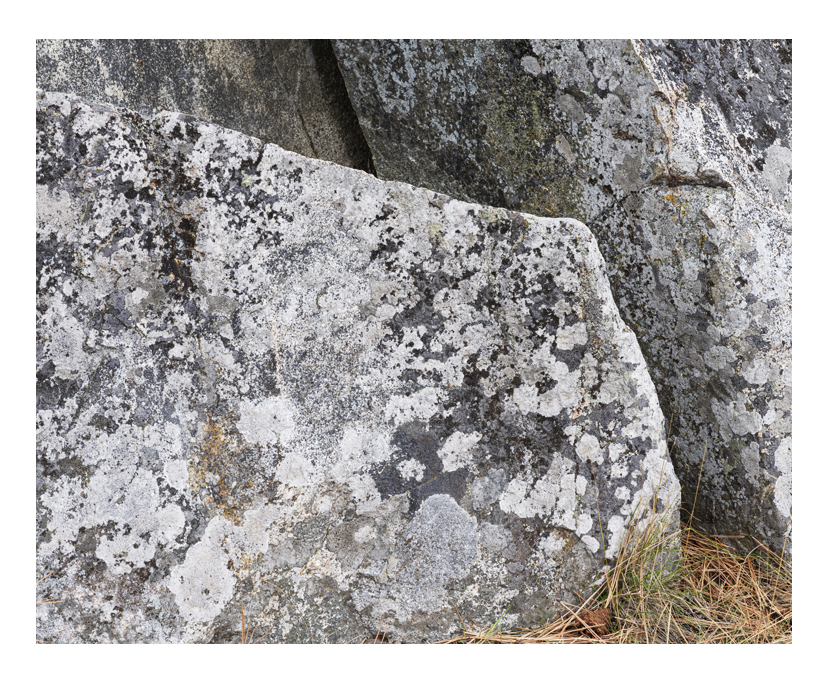 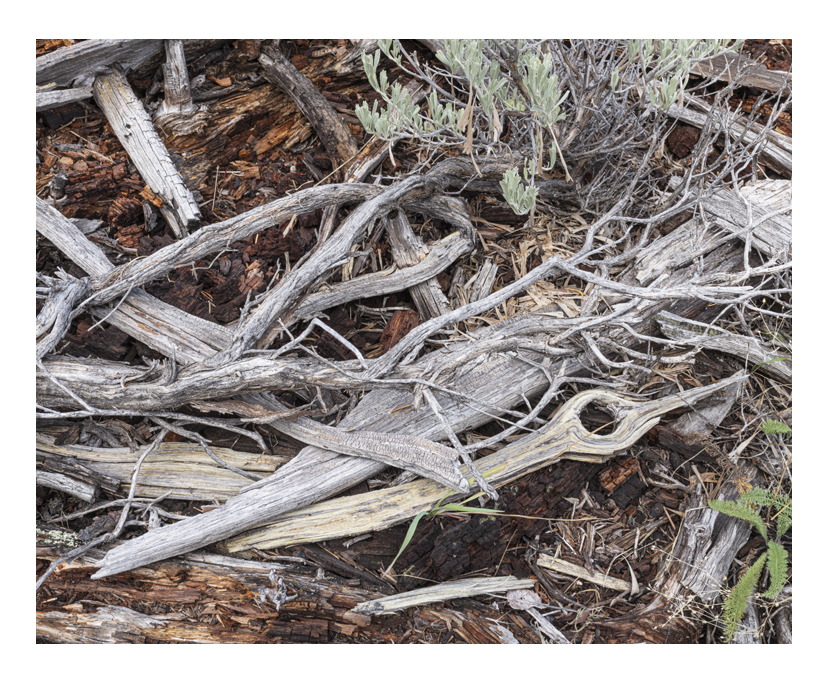 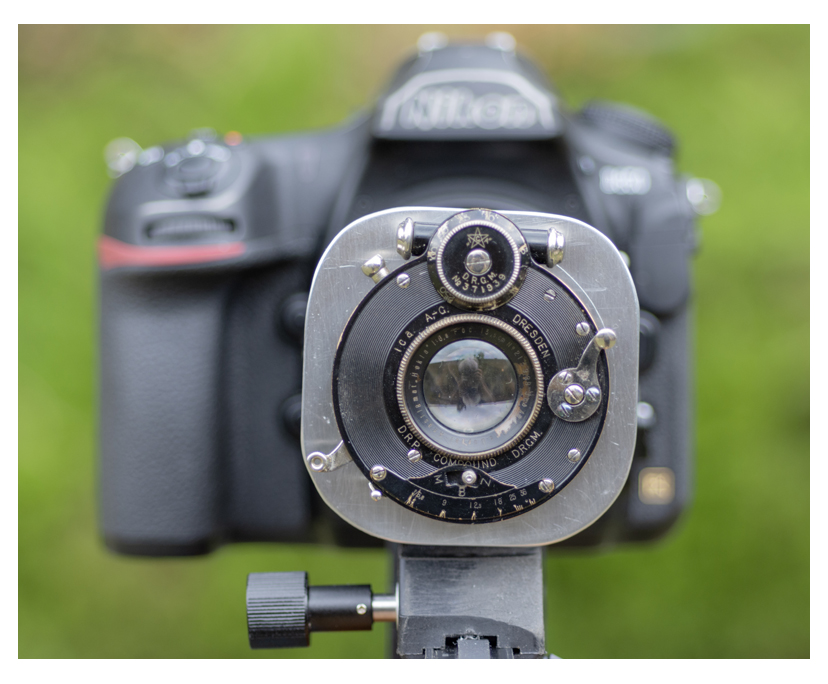 A few days ago I wrote about converting my 100-year-old ICA camera, adding an old brass lens, and adapting it so I can shoot digital images with it. In order to do that I had to remove the lovely lens from the ICA camera, a double anastigmat Hekla 13.5 cm ƒ6.8 lens. From previous conversion prototypes and experiments, I had bought a budget-priced close up focusing bellows. I also bought some lens adapters from M42 to Nikon F lens mount. I used these lens adapters to attach to the old lenses. The black lens is the Hekla 13.5cm lens from the old ICA camera. The brass lens is a lens that came off a No.8 Kodak Cartridge Kodak from the late 1890s I think once owned by Victoria newspaper legend Alec Merriman's father, Tom. The focal length of the brass lens is about 150mm its says ƒ4 but really is ƒ8 as Kodak used a simple numerical system back then. Before the modern-day f-stop system was adopted in the mid-1920s, things were a bit more complicated, as a variety of systems were in use to express lens aperture. The old Kodak lens is more like a soft-focus lens even when it's focused critically sharp Anyway, I hope to try out these lenses on various subjects and see what kind of photographs that I can make with them. 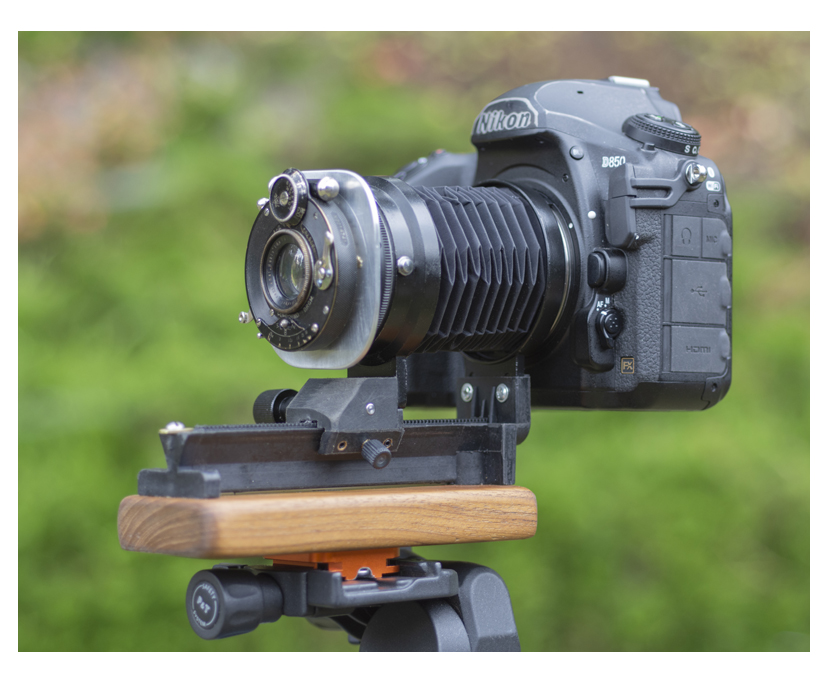 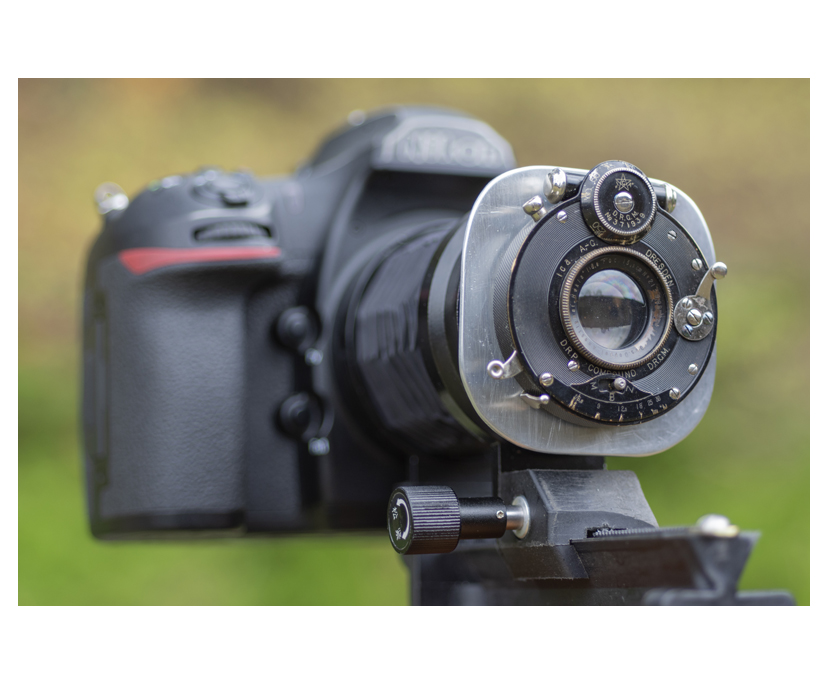 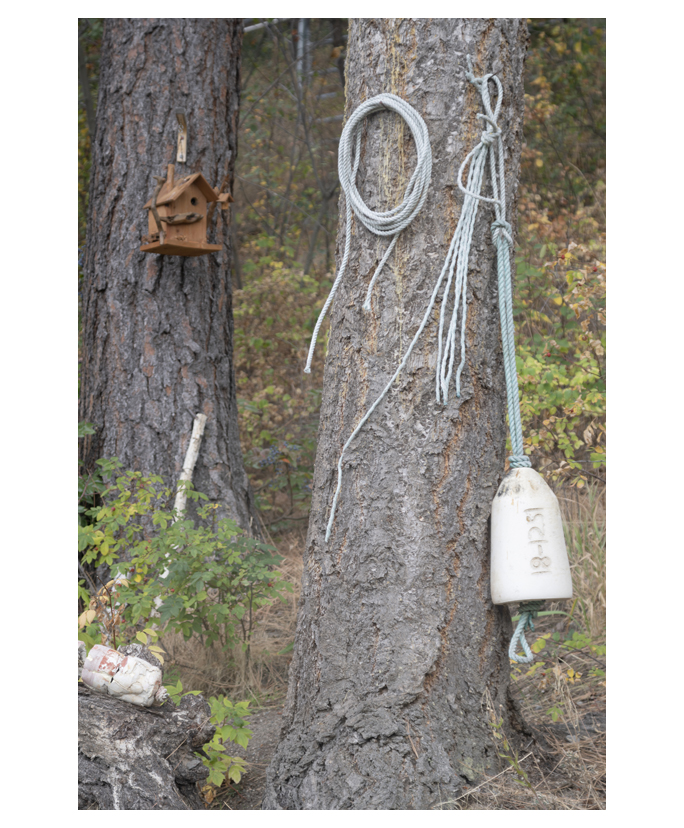 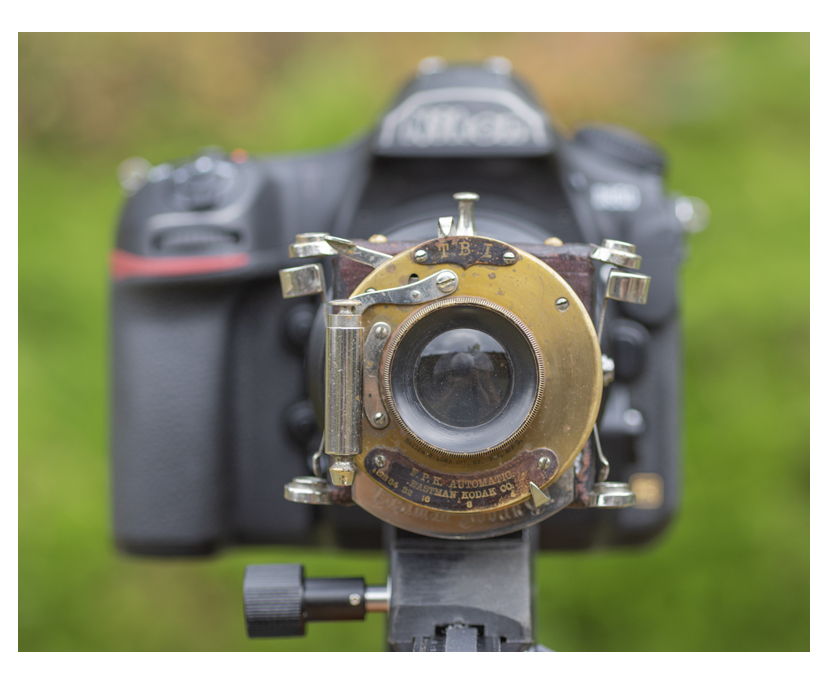 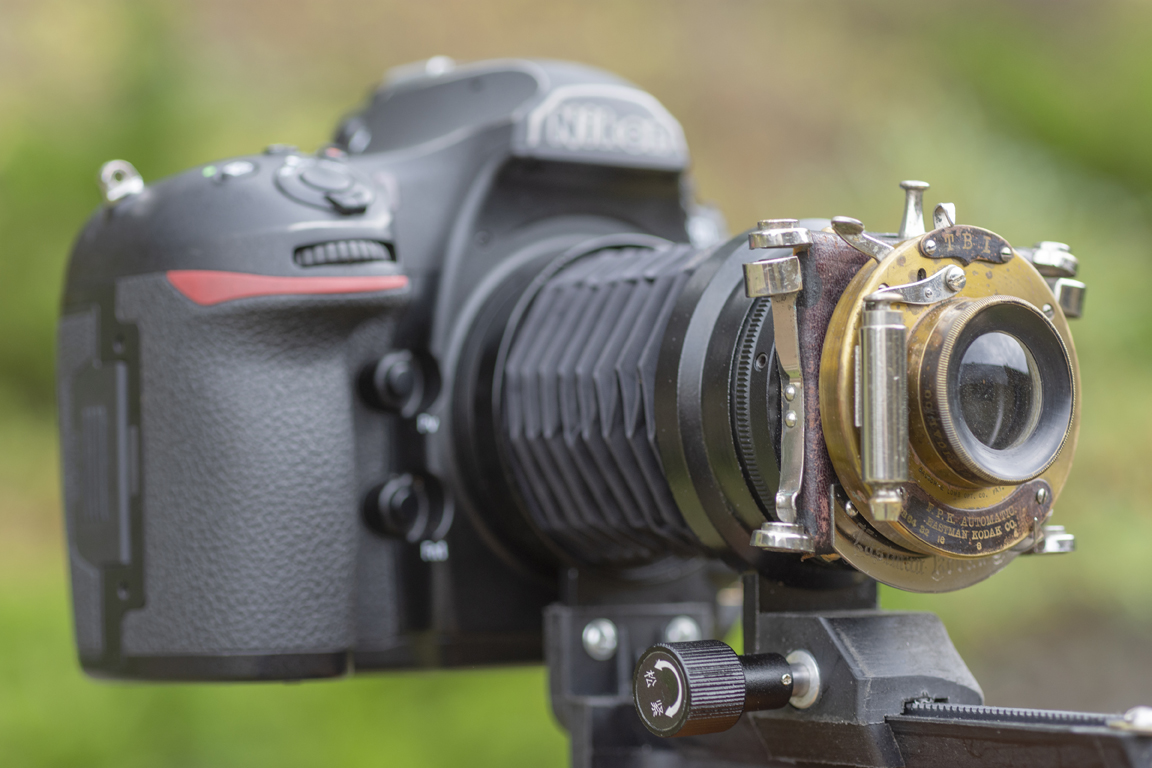 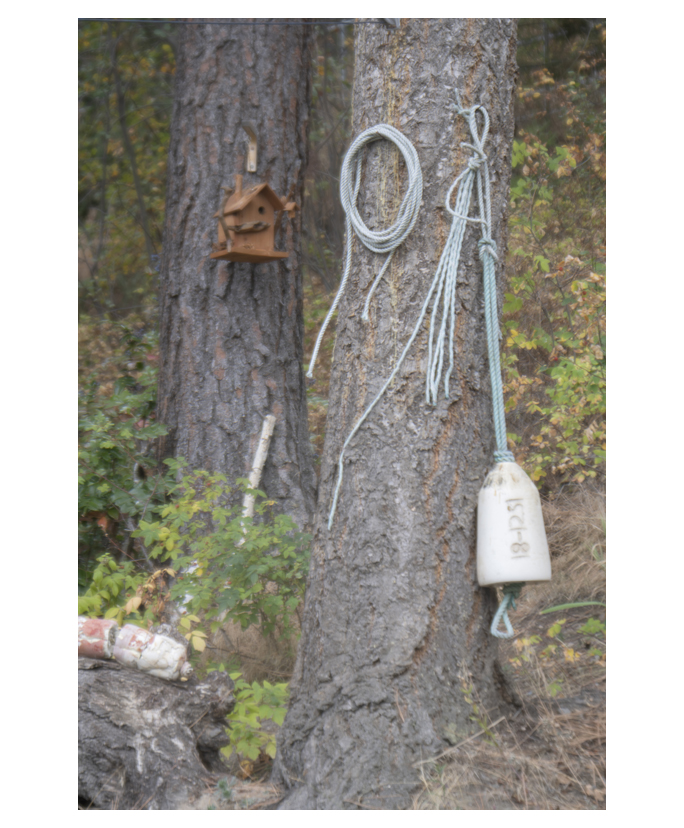 Posted by Gary Nylander at 9:32 PM No comments: 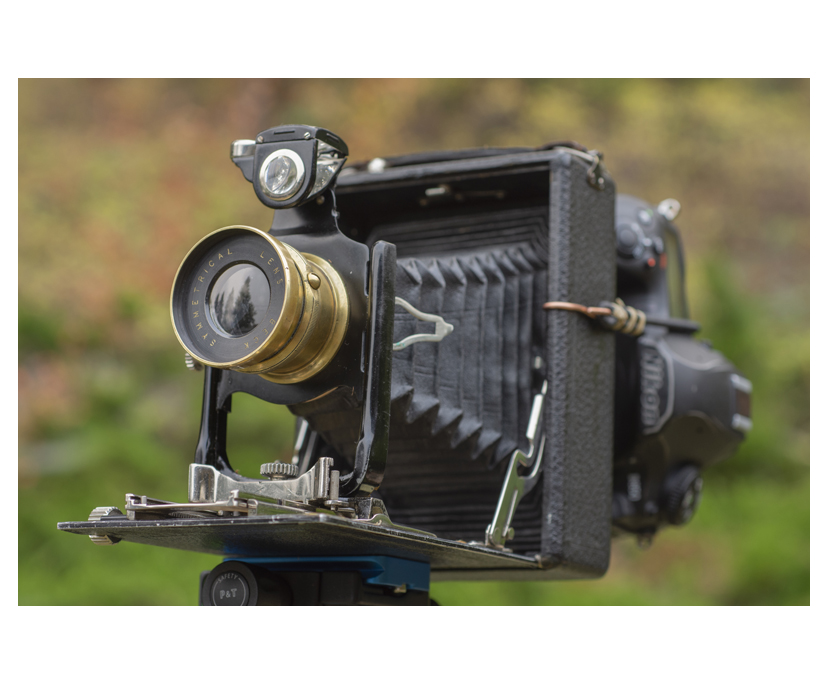 I didn't really start out to make an antique digital camera. It just sort of happened that way as I had all the camera parts in my home. I have a collection of old film cameras some working and some not. Lately, I have been interested in seeing if I could adapt any of my old film cameras in some cases the film is obsolete with a digital camera body, using an adapter to bridge between old and new. A little history about the lens and camera body. The lens is a Beck Symmetrical Lens, I think it's in the neighbourhood of 125 years old from the 1890s. The camera is an ICA Maximar 207 camera manufactured in Germany from 1914 to 1926, later they merged with Zeiss Ikon and the Ica name was dropped. In its day it was a good quality folding plate camera, drop bed style, with double extension bellows, rise, and fall, plus shift front movements, and a brilliant glass finder. This camera originally had a double anastigmat Hekla 13.5 cm ƒ6.8 lens (which I still have and is very sharp). The Zeiss Ikon folding cameras were discontinued after 1937. The Beck Symmetrical lens was made by R & J Beck, it was a renowned British optical company based in London. It was founded in 1843. It produced a wide range of optical products: microscopes, telescopes, trench periscopes for army officers in the First World War, eye test glasses for opticians (optometer lenses), other optical equipment, and camera lenses and even some cameras. A Beck Symmetrical is quite a commonly-seen lens on British folding cameras. I acquired the 240mm (9-inch) ƒ8 Beck lens as a teenager when I first got interested in photography in the mid-1970s. The ICA camera I received about 10 years ago, a gift from the late Mac Tipton of Metchosin. Although the camera was in fantastic condition and came with a special 120 film holder so modern-day film could be used, it was not all that practical to use and the shutter speeds were quite slow due to its age. Because the Beck lens needed about 9 inches of bellows extension to focus on infinity I needed a relatively small and lightweight camera to mount the lens onto, the old ICA camera was just the ticket with a generous bellow extension of 12 inches. The Beck lens will actually cover up to 8x10 inch film. However its been through some tough times, as all the aperture blades are missing and was like that when I got it. However, the glass is in very good shape and is remarkably sharp for such an old lens. My solution was to retrofit the Beck lens on to the ICA camera. I had to enlarge the lens mount opening on the ICA camera which I filed out so the lens could be fitted on the front standard of the camera. To mount my Nikon D850 camera onto the ICA camera I used an inexpensive close-up tube set made for a Nikon F mount that has three pieces that screw together. To mount the extension tube to the camera I had an empty 3 1/4 x 4 1/2 inch film pack holder that came with the camera, I had a nice piece of maple hardwood about 3/8 inch thick which I fitted into the film pack holder, I drilled a hole in the wood piece and pressure fitted the close-up tube into the wood piece. I added an elastic cord to make sure the camera was securely set in place. I can also rotate the camera for horizontal and vertical shots. It can be shot handheld, but it's awkward to hold and focus and it's best to photograph non-moving subjects with the camera on a tripod. So there you have it, a cool looking old camera ago from 100 years ago attached to one of photography's latest and greatest digital cameras. 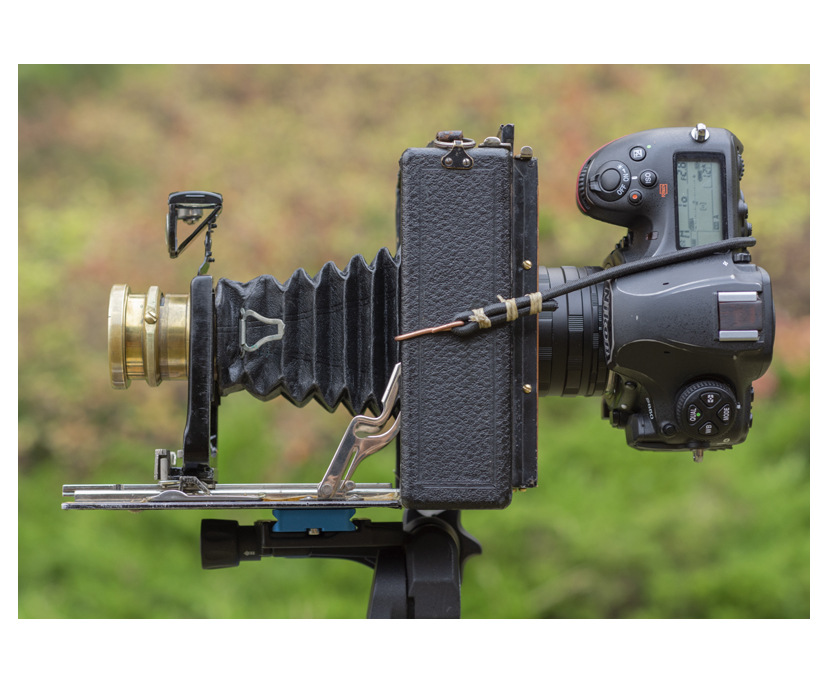 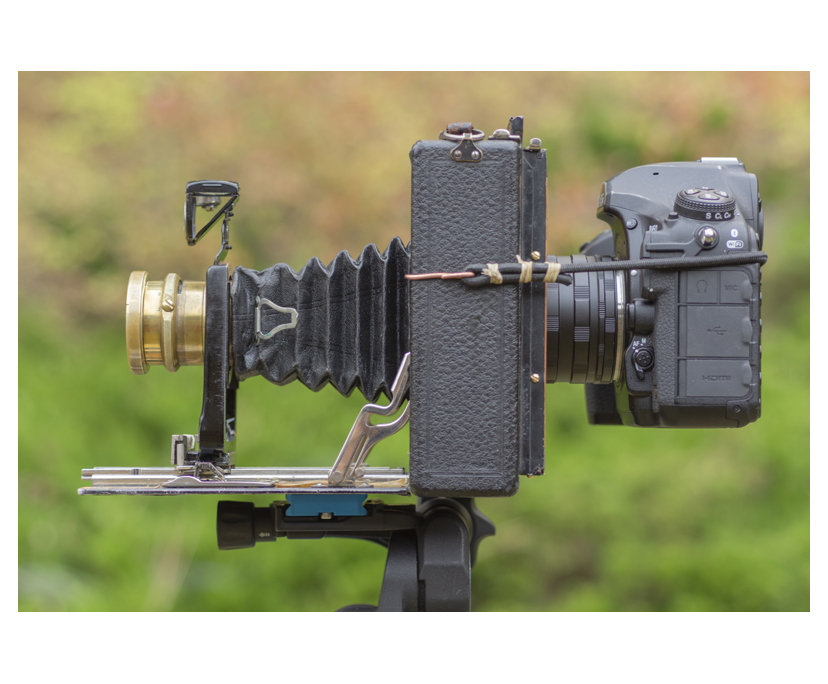 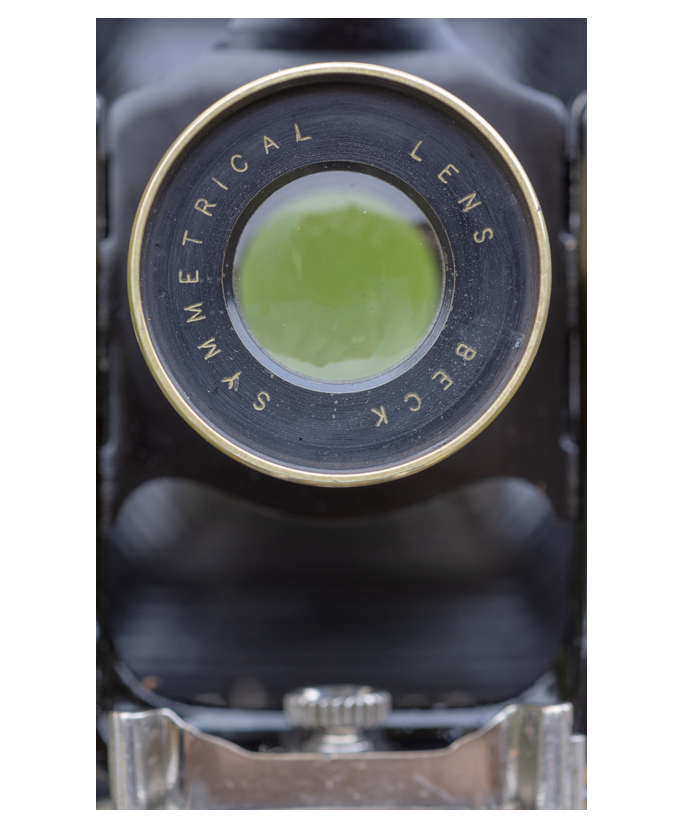 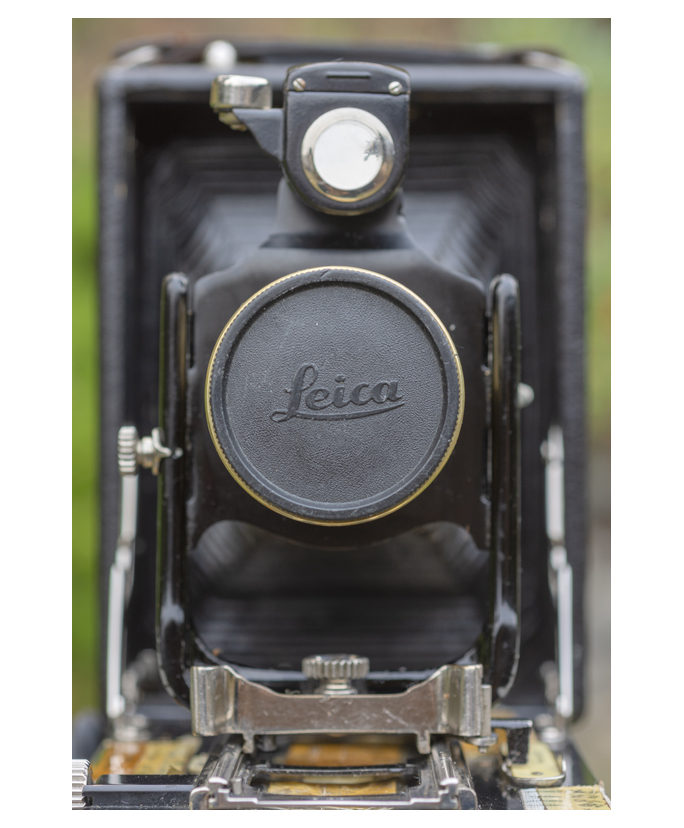 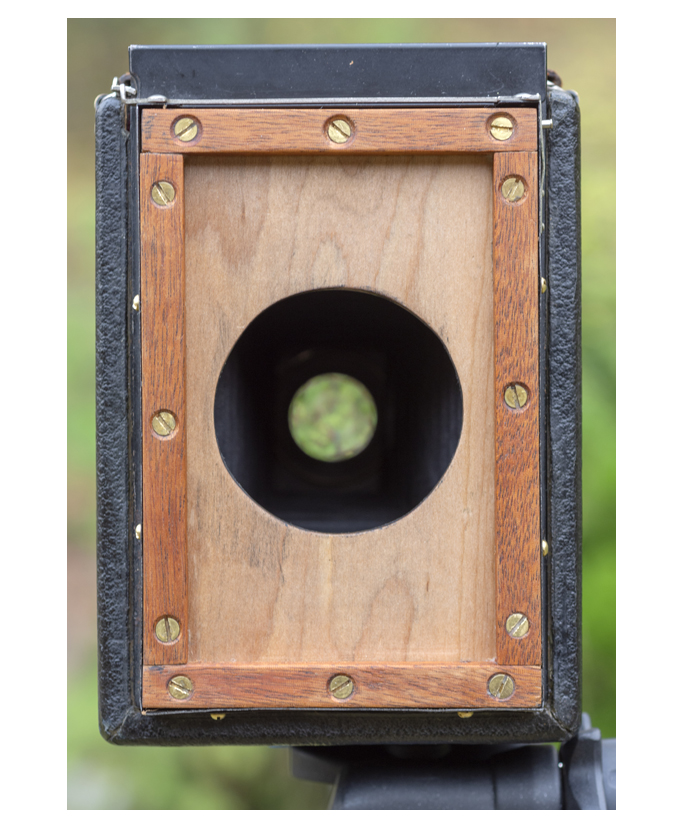 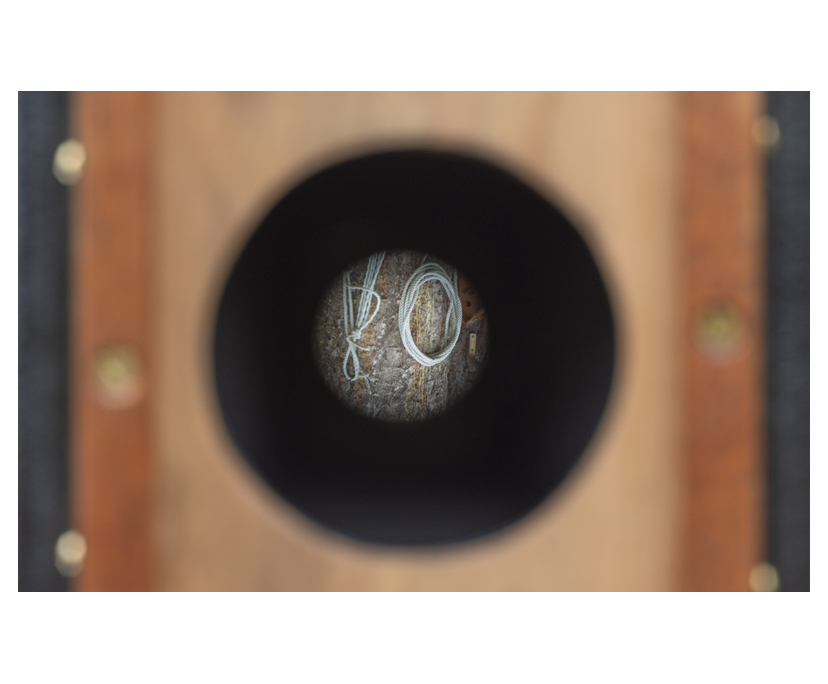 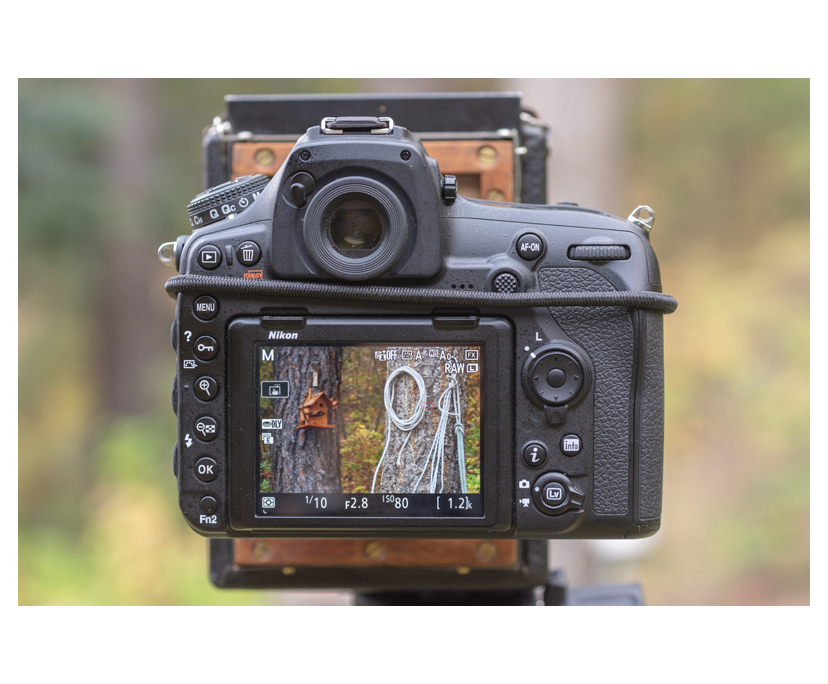 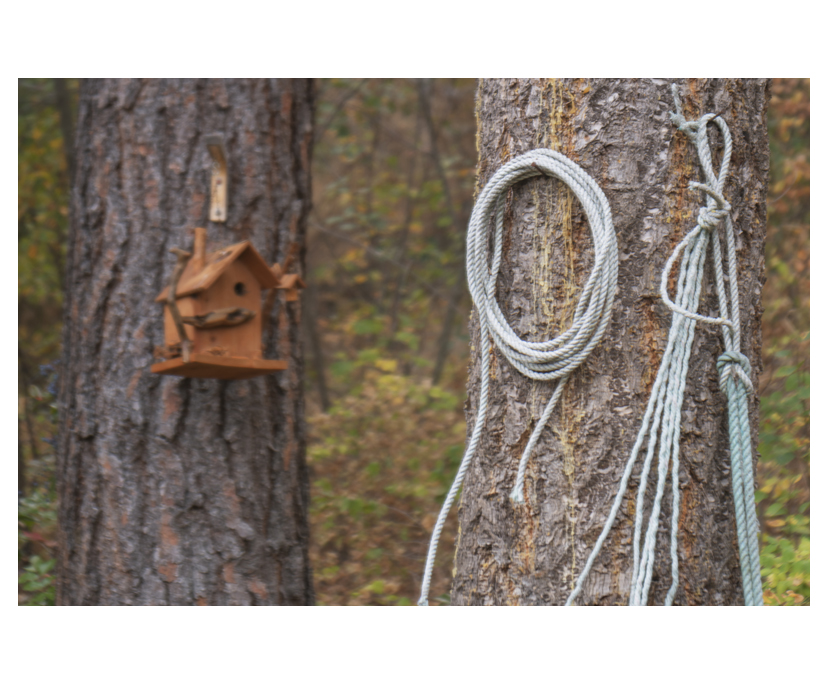 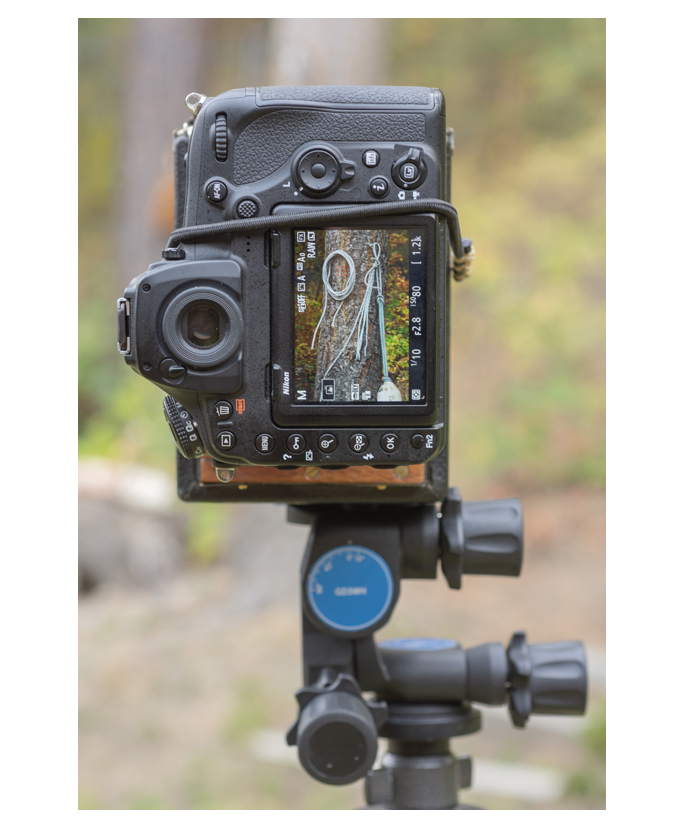 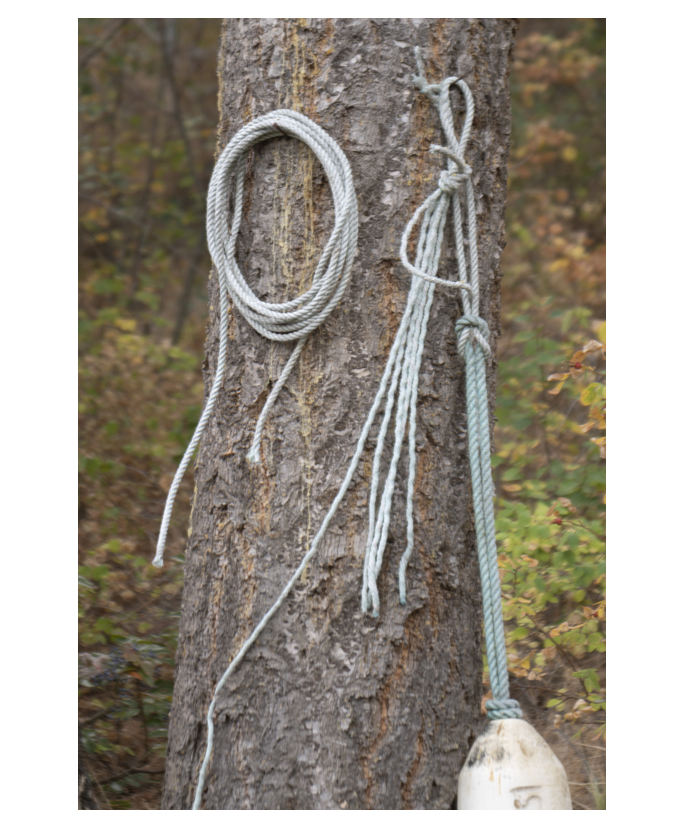 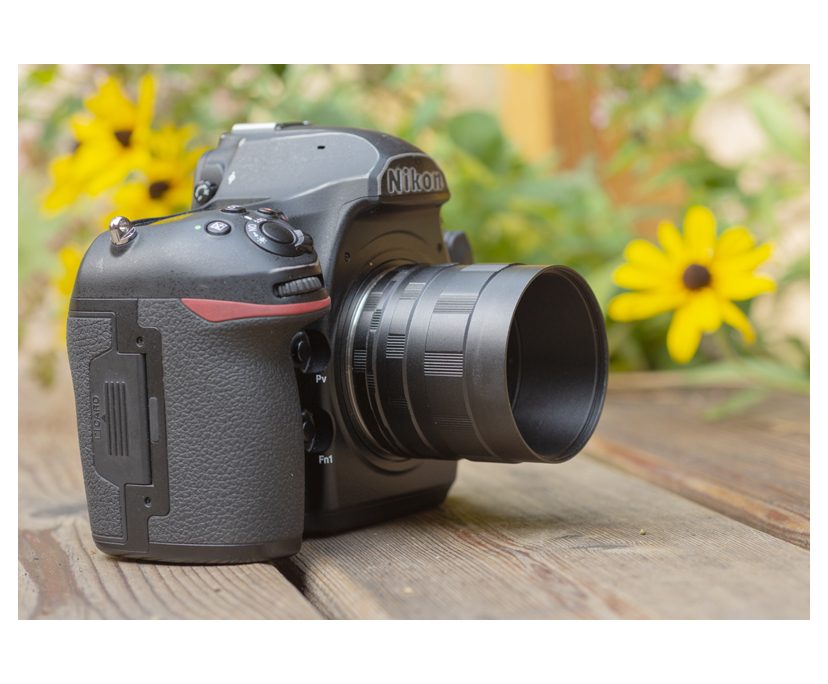 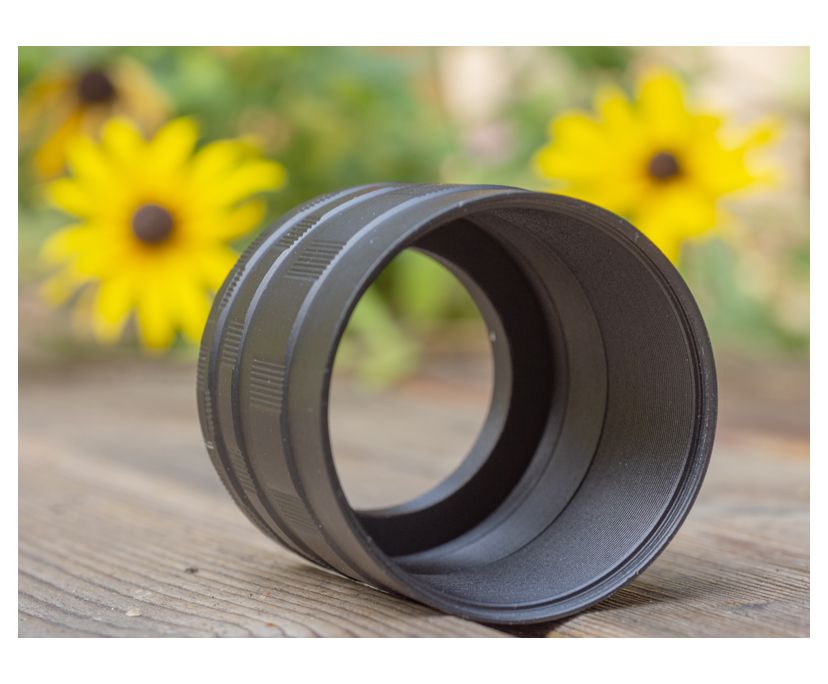 Posted by Gary Nylander at 11:18 AM No comments: 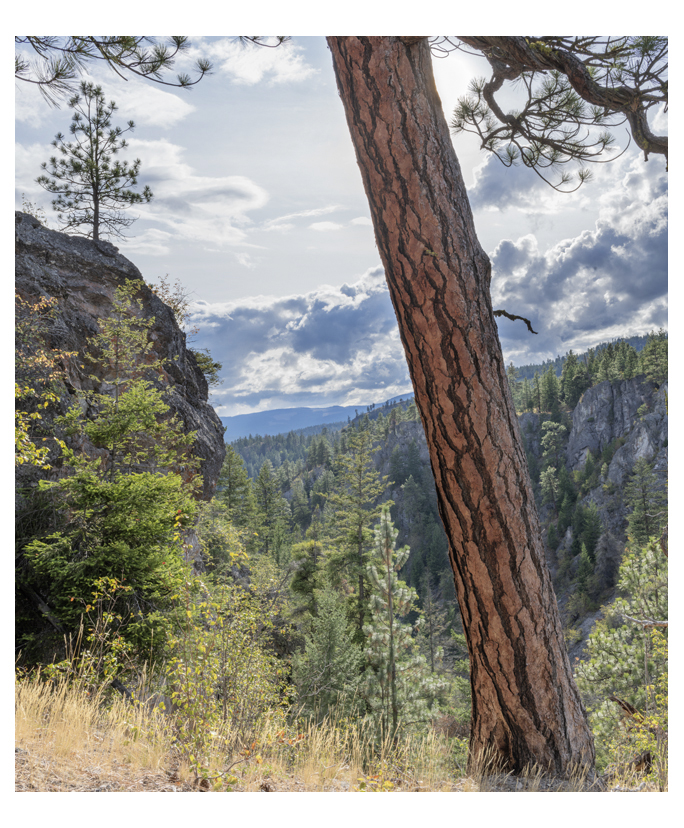 Kelowna Courier last in house press run. Kelowna, British Columbia, Canada, August 2020. All images copyright © by Gary Nylander. The Kelowna Courier will now be printed out of Vancouver on a daily basis. The last in house press run of the Kelowna Daily Courier out of the Doyle Avenue facility which has been printing ink on newsprint at various locations around Kelowna for the past 115 years took place on August 28, 2020. A remarkable achievement in longevity and technology that has lasted well into the computer age. Here are some links to some galleries: black and white and colour 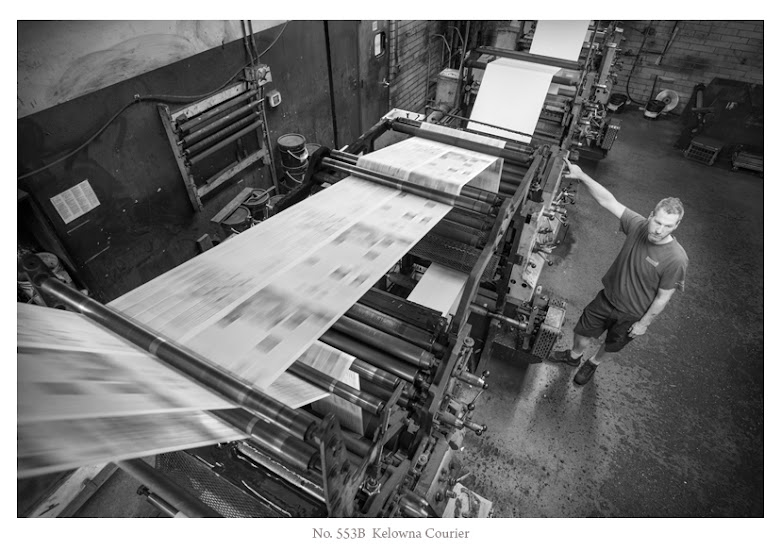 Posted by Gary Nylander at 11:55 AM No comments: 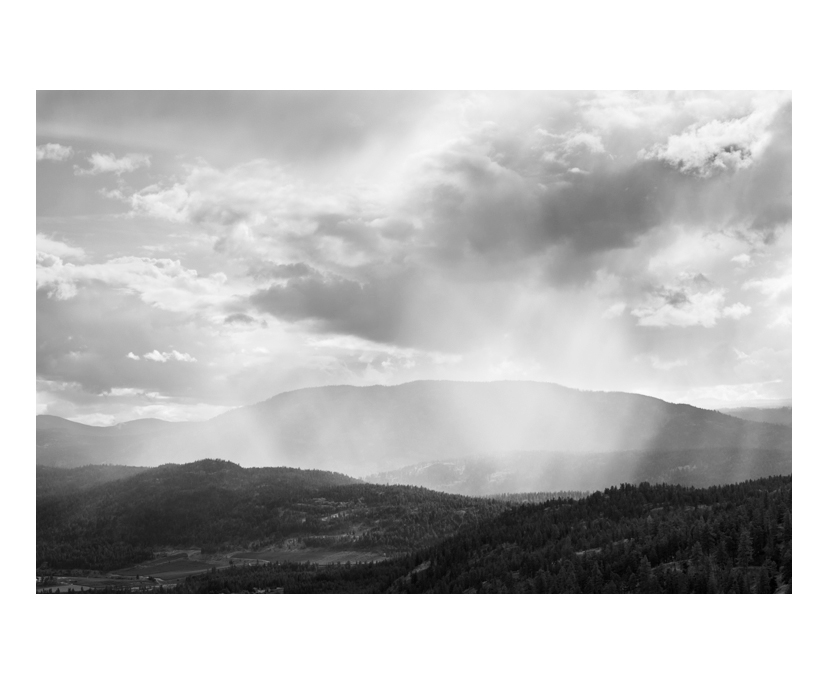